The rattle of pebbles in a dusty soda bottle serves as background noise in the courtyard of Kuajok Hospital in South Sudan as Amel holds her son. She tries to distract one-year-old Agiu with the improvised toy, but he doesn’t seem interested; his body is fighting malnutrition and measles. Agiu is feverish and listless; painful sores around his mouth leave him uninterested in breastfeeding. Amel and at least a dozen other mothers sit outside an isolation tent set up by the staff in the local hospital. The tent is intended for children with measles.

Agiu’s condition is exactly what Medair aimed to prevent as the Emergency Response Team launched a mass measles vaccination campaign that reached nearly 250,000 children ages six months to 15 years. Agiu contracted the disease before Medair arrived in his community; thankfully his mother was able to walk the three hours from their home to access treatment at Kuajok Hospital.

Measles began spreading in early 2019; by May there would be 11 active outbreaks in a country characterised by one of the world’s lowest measles vaccination rates. High rates of malnutrition make South Sudan’s children more vulnerable to infection and complications can be life-threatening. Medair was asked to deliver emergency measles vaccination campaigns in two counties. Gogrial West and Gogrial East are home to nearly 600,000 people living in small villages scattered across hundreds of kilometres. Only a few areas are accessible by roadways; four-wheel-drive vehicles were used to deliver vaccines and supplies, and teams of staff walked hours to reach isolated settlements. 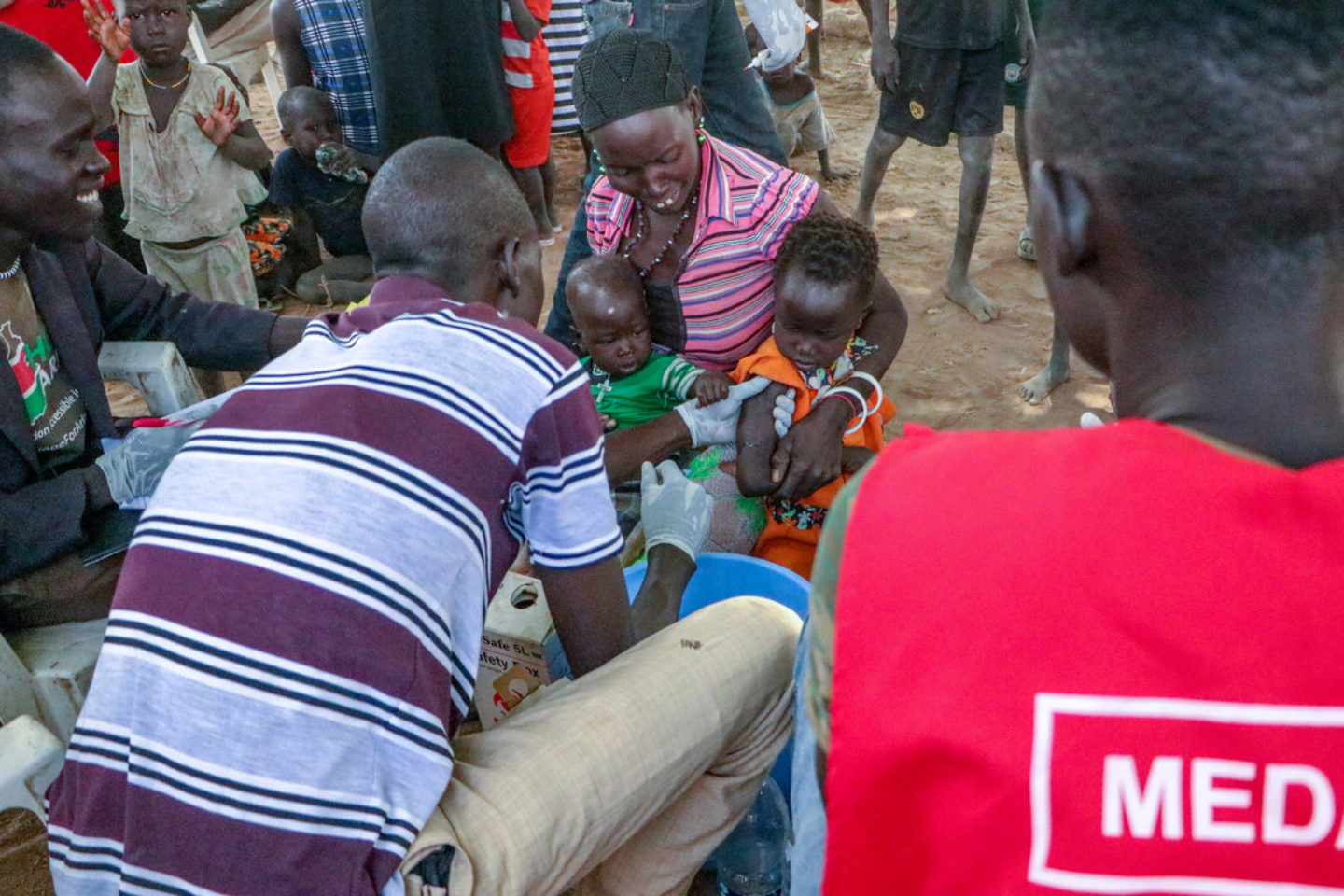 “It doesn’t have to be this way; measles is entirely preventable,” said Natalie Page, Health Advisor for Medair South Sudan. “The children of this country deserve better and should have the opportunity to be protected.”

James Ngor has led the routine immunisation programme for the Ministry of Health in this area for many years. Because of crisis in South Sudan, it has not been possible to implement routine immunisations on large scale. James has seen first-hand how measles spreads quickly.

“Measles always starts in the far areas where people don’t always know about this disease,” said James. “They are a long way from the hospital and many children become infected. For many years people have been on the move and have missed receiving vaccinations.

“Medair’s response is the best I have seen in 20 years,” said James. “You have gone to the very remote villages where people are always suffering. You have stayed to make sure there is full coverage, and you included the older group of children.” 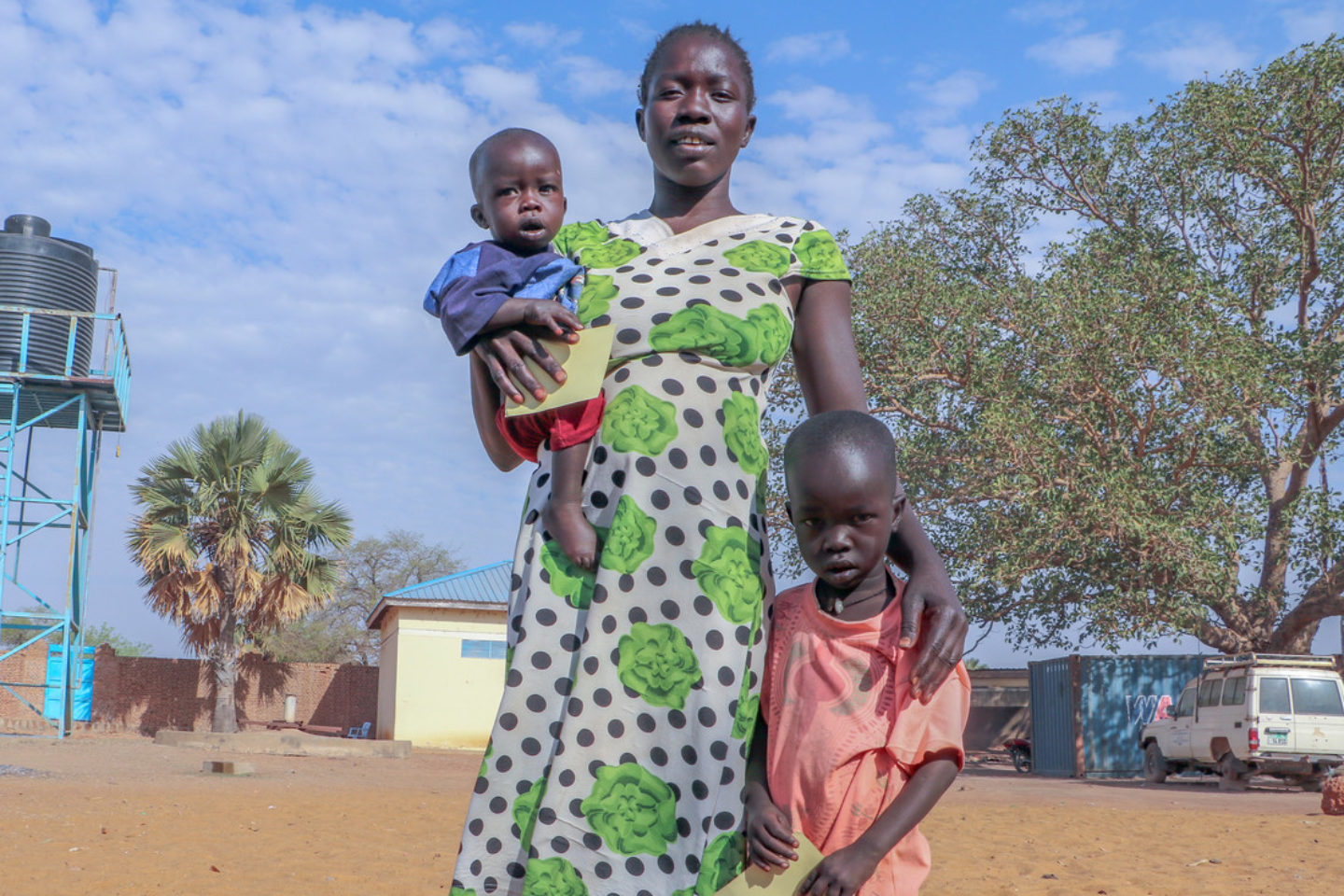 Ajok brought her children, aged six months and two years, to receive the measles vaccine. “I have been very worried that my children would become sick,” she said. “Thank you for coming here.”

Families like Akon’s were gravely affected by the low rate of measles vaccination coverage in South Sudan. In March, at the beginning of an outbreak in their home area, two of her young grandsons died from the complications of measles. “Every time I see their graves I feel like crying,” Akon said. “They are not here to play with me or to talk to me.” When Medair met Akon and her family, the team ensured that all of the other children received the measles vaccine. 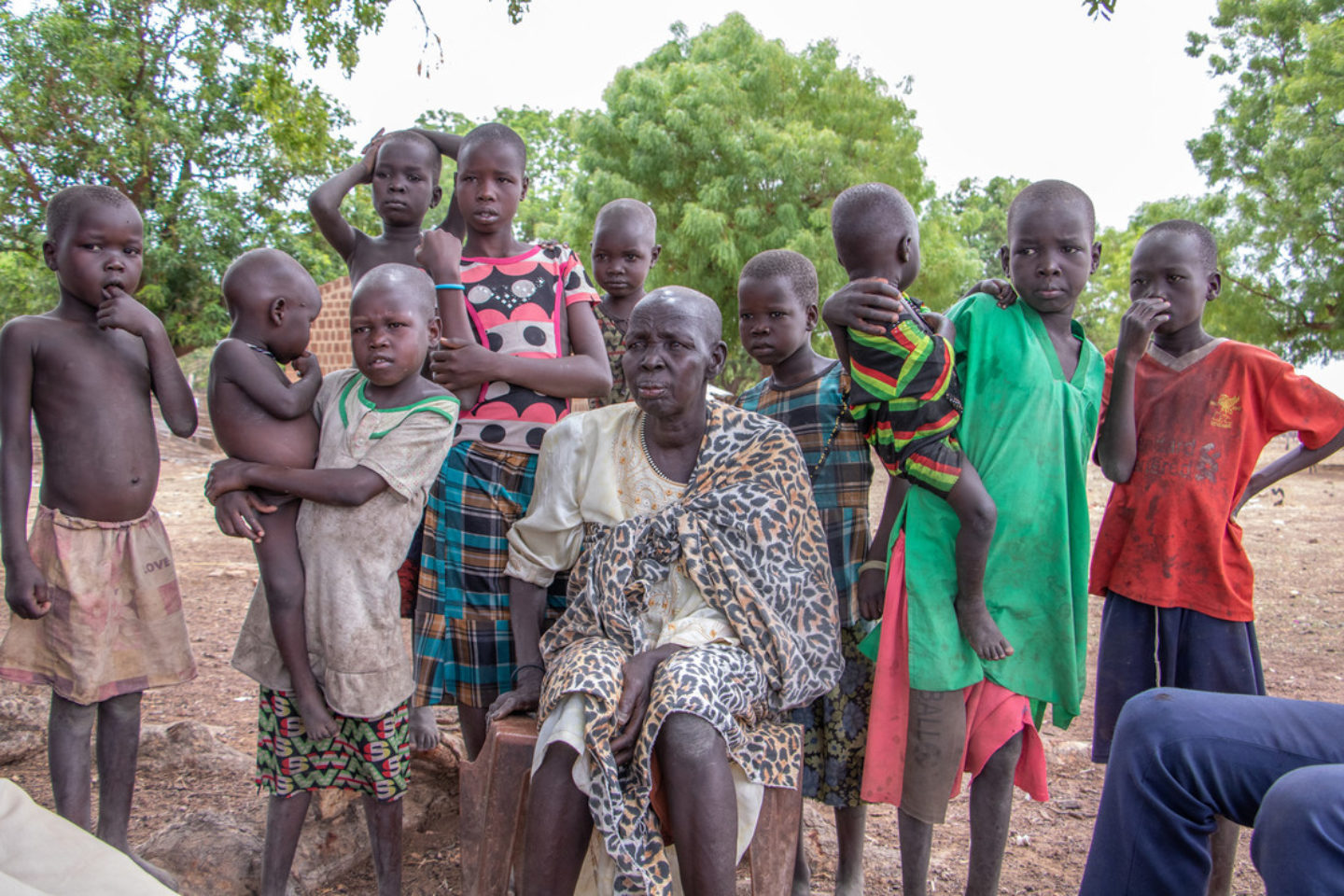 Surrounded by her family, Akon grieves for two grandchildren who passed away in March due to complications of measles. All of the children in the family have since been vaccinated.

The Expanded Programme of Immunisations (EPI), which includes vaccinations against measles, is offered at Medair-supported health clinics. Medair’s Emergency Response Team in South Sudan is funded by EU Civil Protection and Humanitarian Aid, UK aid from the UK government, and private donors.

This content was produced with resources gathered by Medair field and headquarters staff. The views expressed herein are those solely of Medair and should not be taken, in any way, to reflect the official opinion of any other organisation.