When people tell you about life before the crisis in Iraq, they say it was normal. They describe the hustle and bustle of life — preparing children for school, heading to work, preparing meals, and periodic family gatherings.

Mohammed recalls the last time his family circled together in his home; his younger brother was engaged and their extended relatives joined together to commemorate this milestone in the couple’s life. They didn’t know it would be the last.

Normalcy shifted in the wake of conflict within Iraq. Within a five-day span in June 2014 armed groups took control of Mosul- a city historically important for trade in Iraq.

They occupied Mosul for the following three years. 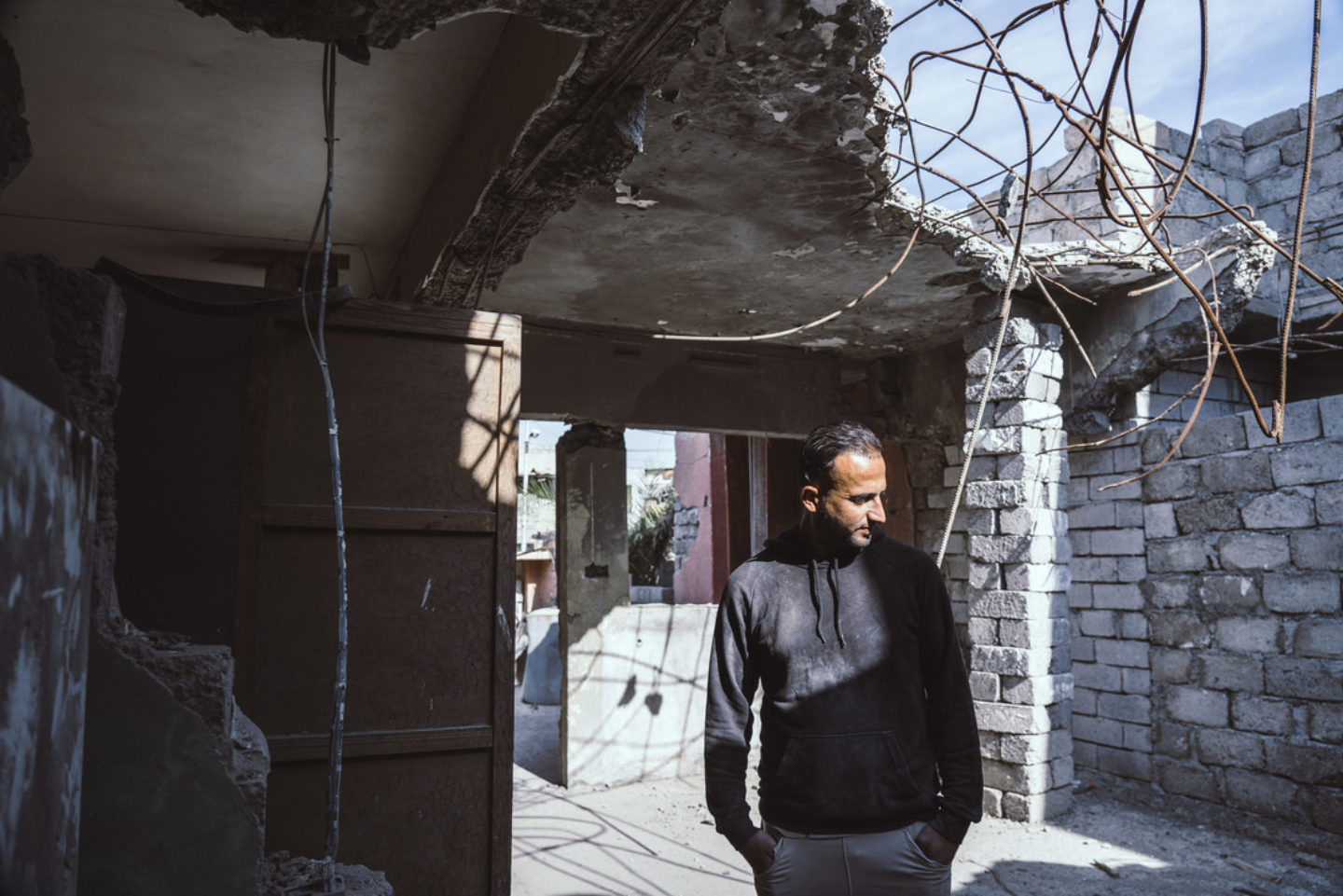 Now, in the aftermath of the violence and operations to retake Mosul, Mohammed stands in the kitchen of his childhood home in west Mosul, Iraq.

“I was an orphan when my wife and I were married. When she came along, she meant everything to me,” said Mohammed, smiling at the memory. He continued, “When my kids were born, I couldn’t believe I was finally a father. My father treated me with such love and I want to care for my two kids the best I can. My goal is to keep our family living together. That’s what my father’s goals were. I was young when he passed, but that’s what he wanted.”

Mohammed’s family lived in their home until late 2014 when the battle reached their area. 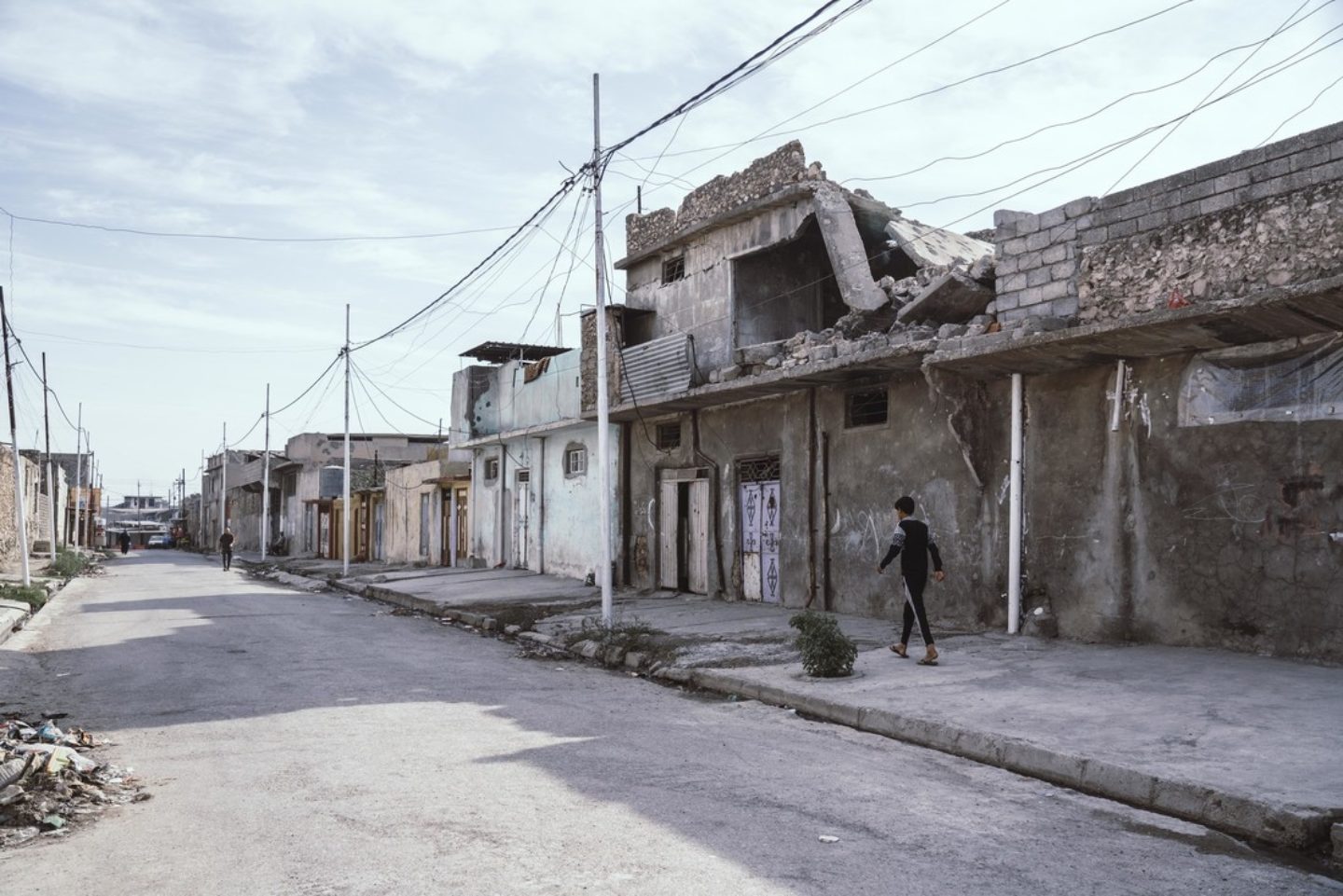 “We were always scared of being killed. We couldn’t believe we survived, even until now. We were living at home when explosions were hitting our area. The two holes in in the roof are from mortars. My sister was there when it hit.

‘We fled then before further operations happened. Otherwise, we would have died. That’s when the main airstrike hit, in July 2015.”

The United Nations estimated that approximately 130,000 homes were destroyed in the recapture of Mosul. Eight million tons of rubble and garbage are now scattered throughout the city.

Between 9,000 to 11,000 civilian casualties were taken during the same timeframe.  Two of which, were Almass’ children. The 57 year-old woman enters the foyer with her cane. The winter air drifts through the lack of windows and doors in Almass’ home; the exposed cement pulls any remaining heat from the vicinity. 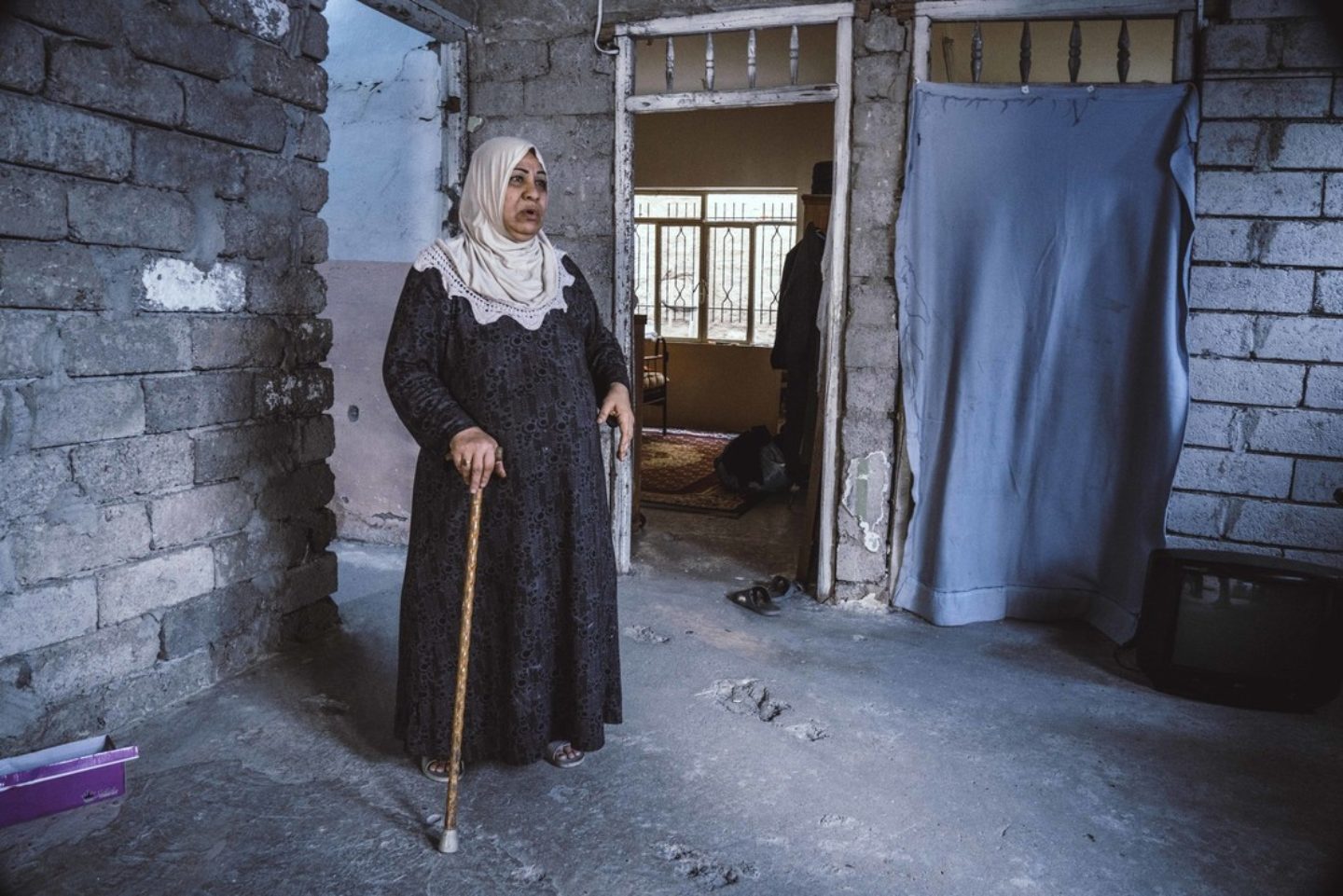 In 2017, Almass hid in the downstairs corner with her family of 17 as they bundled together in fear from the sounds of close fighting. An impact crumpled the roof, shaking their bodies and leaving several injured and two dead within moments.

“We lost two kids that day. One was 10 years old, and one was 11. The airstrike hit, and my kids were killed when they were hungry. They asked for sweets, and we had none. They asked for food and we didn’t have any to give.

‘The impact even tore the clothes we were wearing.  We were just shouting, asking for help. No one knew what to do until the neighbors came.”

Initially they fled to a nearby neighborhood and spent the next two years displaced within.

Another organisation previously rehabilitated Almass’ roof where the airstrike hit. “At least I have a roof. It’s better than the tents. If there were to be repairs, it would protect us.”

Medair is supporting Almass by providing windows and doors, and other minor repairs that will help equip Almass and her family for both winter and summer conditions.

Some families would like to return to their homes in West Mosul but are inhibited by economic hurdles, such as the costs associated with rebuilding their homes.

Mohammed’s family returned to the area when their financial resources were drained and they had no where else to go. For now, Mohammed, his family and the families of his three brothers all live in his older younger brother’s home just down the street. 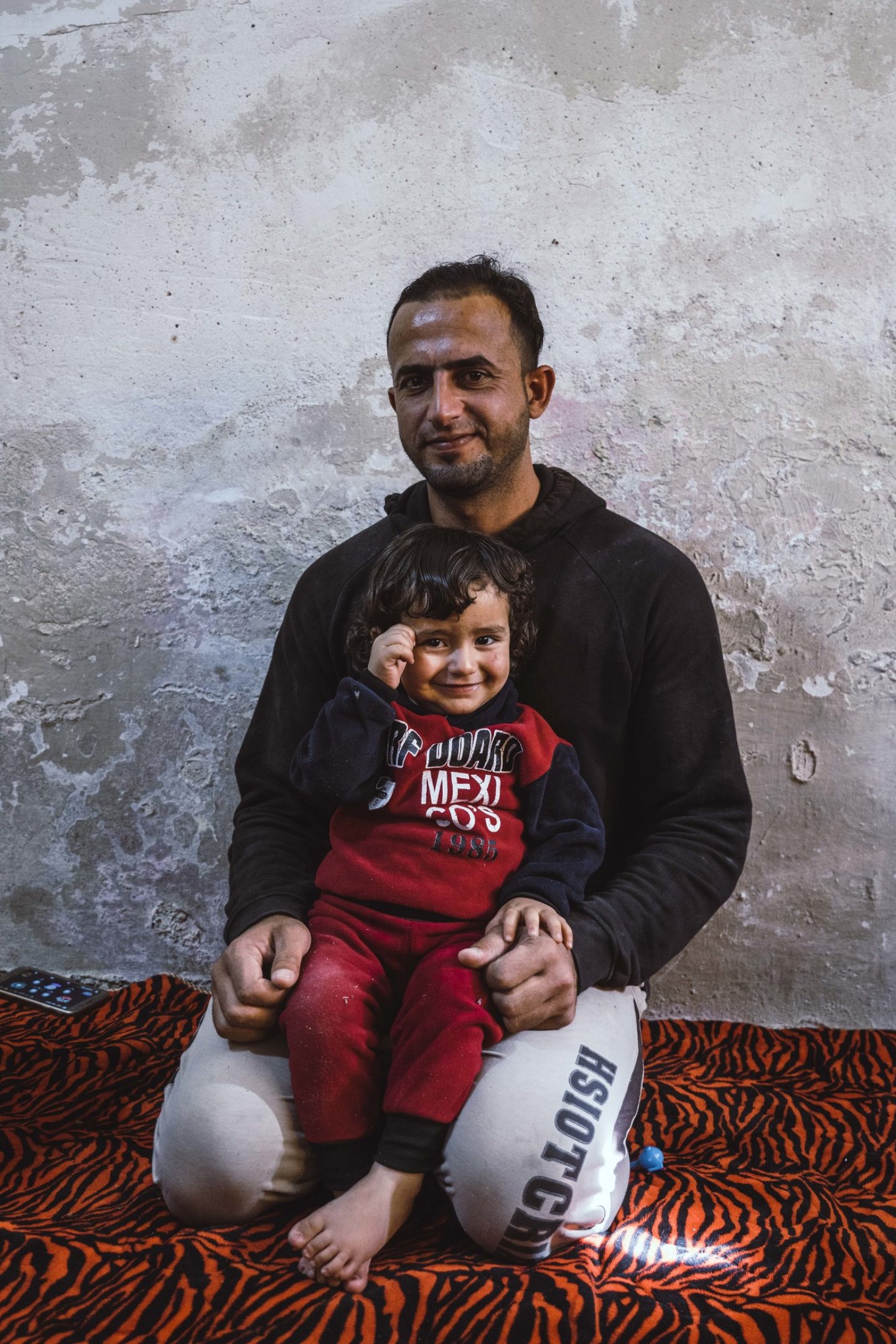 “This is where I lived my childhood. That’s where my father lived. It means everything to me. If it’s repaired, I can go home with my family and my brother’s family. My other two brothers would continue living here.”

Repairs for Mohammed’s kitchen, where the airstrike hit, are out of the scope for Medair capabilities to repair. But Medair teams are rehabilitating the other three-fourths of Mohammed’s home, separating the unsafe section from the remainder of the home.

“My goal is to raise my kids right, with education and love.”

Mohammed, his wife, and two sons will return to his childhood home—the home where his memories of his mother and father were founded. The home where their legacy lives on through the care that Mohammed longs to pass onto his children.

This content was produced with resources gathered by Medair field and headquarter staff. The views expressed herein are those solely of Medair and should not be taken, in any way, to reflect the official opinion of any other organisation.